Our week as mental health researchers

GCSE students Daniel and Rhys from Bishop of Llandaff High School visited NCMH and the MRC Centre for Neuropsychiatric Genetics and Genomics at Cardiff University on work experience this week. This is what they got up to… 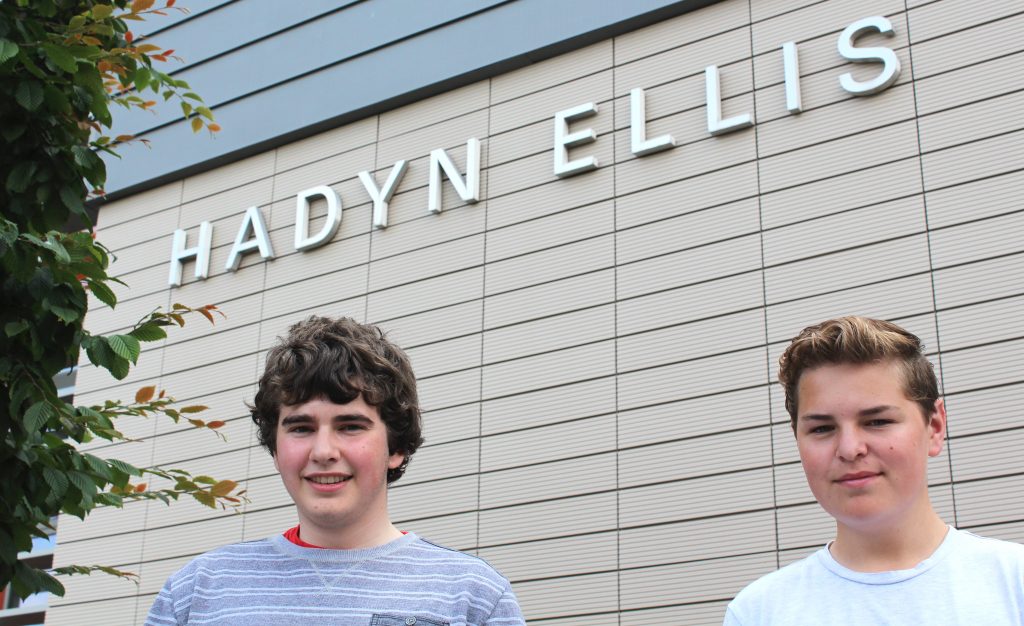 We were greeted with a warm welcome. Lots of people explained their research and how it is carried out. We did various activities: we looked in the psychology lab, the ‘wet lab’ and CUBRIC where MRI scanning takes place. We also talked to some of the researchers about what they did. It was very interesting and intriguing and helped us to better understand mental health research.

When people with mental illnesses are adults, they may suffer from a lack of employability. This could be because they don’t have a good enough education, or, the employers don’t think that they are capable. The research that is carried out helps people that suffer from various different mental illnesses in lots of ways – diagnosis, treatment and better information for patients and families. Medication has been developed to help ease symptoms of some mental illnesses (e.g. Ritalin for ADHD). Cognitive behavioural therapy can also help people with mental health problems. It may not cure the disorder, but it can help people cope and overcome their difficulties.

In the laboratory, we saw how the public were involved in helping out in the research and how the research being done gives scientists a better understanding of mental health problems. A large number of healthy individuals and people with mental health disorders gave blood or saliva samples so that their genetic makeup can be looked at under a microscope. Various machines and techniques are used to show how people’s genetics are altered when they have a mental disorder.

We also spent a day in the Psychology Lab. Psychological research can also contribute to a better understanding of our mental state. We took part in a fear conditioning experiment. The levels of moisture on our skin were measured to find out how our body reacts when we are startled. Some studies have suggested that sometimes people don’t show fear, which might be linked with aggressive behaviour.

One of the researchers from the ECHO study took us to CUBRIC where we were able to look at MRI brain scans. This research examines children with part of one of their chromosomes deleted. Research has indicated that this deletion can change the structure of the brain which significantly increases the chance of developing disorders such as schizophrenia, ADHD, and ASD.

Genetics only tell part of the story

We have learnt that while genetics do play a significant role in mental health problems, the environment can also play a role in mental health problems. Mental health research is sometimes difficult to conduct. For example, large numbers of people are required for any findings to be reliable, especially for genetic studies. Some experiments are intense and time consuming which means that research is harder to carry out. It is important to make sure that the people participating are informed and looked after well.

The public could potentially play a huge role in helping with mental health problems. More people could be involved in the research – for example answering questions about their mental health, giving blood and saliva samples, and participating in experiments.

During our week we enjoyed our experience here, and it has made us think about participating in research in the future.

This is a guest blog. Either there is more than one author, or the author has asked to remain anonymous.