Founder of Reaching Out, Mark Williams, has become an influential voice in the much-needed conversation around paternal perinatal mental health.

A survivor of paternal postpartum depression, Mark was inspired to launch International Fathers’ Mental Health Day in 2016. The theme of the awareness day is “Let’s get fathers talking” and covers the issues men face as they transition to fatherhood.

This is Mark’s story:

My wife, Michelle, and I both found the birth of our son, Ethan, very traumatic. When Michelle was taken to theatre for an emergency C-section I was obviously scared, and I honestly thought she was going to die! Thankfully both my wife and my son were ok but sometime later we realised Michelle was suffering from anxiety and depression.

During this period I experienced dreams about Michelle and Ethan dying in the theatre and can remember vividly seeing knives on the table next to me. I would wake up thinking it was real. Sadly Michelle went on to have severe postnatal depression and my world changed forever.

I was thirty and had never known anyone with the illness. I was so uneducated about mental health I used to wonder ‘how can people be depressed’?

Within weeks of Michelle’s diagnosis I had to give up my job to care for Michelle and Ethan. I had loved the social side of my job and I was totally isolated. Sometimes I wouldn’t get out the front door for days.

Within months my personality changed and I was drinking in an attempt to cope but I just became angry. It got to the point where, when I did manage to get out with friends, I wanted to fight the doorman. It was a strange need to get hurt to try and stop what I was feeling and the thoughts that were going through my head.

I began to have suicidal thoughts, I never planned anything but I couldn’t control them. I even broke my hand after living this way for six months. I punched the sofa, which was totally out of character.

The difficulty for me at the time was that I didn’t feel I could talk to anyone. I was raised in a working-class community where my father and his father were coal miners. Growing up we looked up to ‘hard men’ and now I was feeling weak. I was telling myself I just had to ‘man up’.

It was hard not knowing how long Michelle would be unwell for, it was around eighteen months in the end, and of course, it affected our relationship. It so often causes the breakdown of families when there has been no early prevention.

I didn’t feel I could tell Michelle how I was feeling and I didn’t want to risk it impacting on her mental health. I also didn’t want it on my medical records as I loved working and providing for my family.

I suffered mood changes for years after and then my grandfather and mother, who I loved so much, died just weeks apart. Again, I was getting these thoughts and nightmares until in 2011, while sitting in my car before going into work, I had a complete breakdown.

Months before this moment I had been lying to Michelle, telling her I was going to work but in fact I was isolating myself from people. I was my own boss and I could get away with it, I didn’t see the point of it all at times and felt totally alone.

While in the car, I phoned an organisation called Mental Health Matters Wales and was told to seek help. I was ready to embrace everything as I didn’t want my son to be fatherless. He may have saved my life.

On the road to recovery

Eventually, I was put on medication, took a course of cognitive behavioural therapy (CBT) and mindfulness. I was lucky to be able to turn things around. While under a community mental health team I was diagnosed with ADHD and, if the early prevention had been in place, also PTSD at the birth and postnatal depression. I was totally unaware that fathers could have postnatal depression.

I didn’t bond with Ethan during his first weeks as the birth had been so traumatic and I was just relieved they were both alive. It wasn’t this overwhelming feeling of love I was expecting. 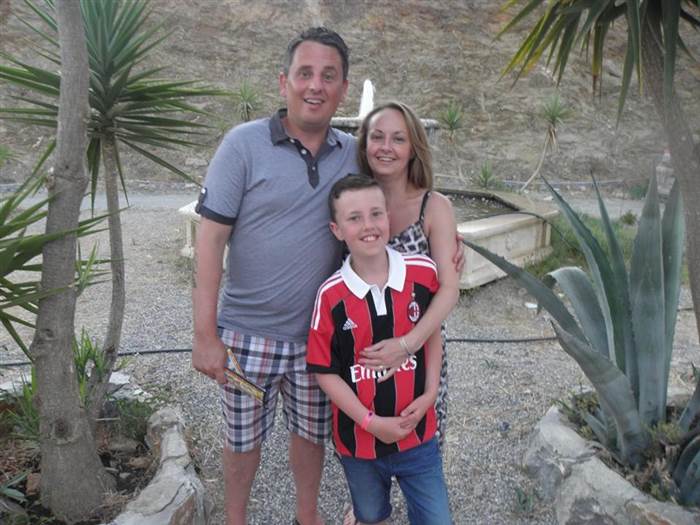 I feel I was different as a father back then. Now both myself and my wife are fine and have a great bond with our son. But it’s important that we use our story to raise awareness – we need to get the message out there and let people, both men and women, know that although this can happen, help is available.

After my experience, I was inspired to raise awareness for the need for more support for men during the perinatal period and early parenthood. Research shows that 10% of new fathers experience paternal postpartum depression. The figure rises to 50% when the mother is also unwell.

International Fathers’ Mental Health Day is a chance to discuss the difficulties fathers experience and to reduce the stigma that comes with speaking out about mental health.

Mark is the founder of Reaching Out and International Fathers' Mental Health Day.

Subscribe to news
Related Posts
Bereavement during the COVID-19 pandemic
Christmas and COVID-19: looking after our mental health
Bipolar disorder and sleep: chasing the Zeds
Bipolar and pregnancy: 10 top tips for staying well
Subscribe to our blog