Please be aware that the following blog discusses suicide.

The Dalai Lama said, “Death is a natural part of life, which we will all surely have to face sooner or later.”

The trouble with my family is that a lot of them decided to face it sooner rather than later. Four generations of my family have been affected by the fallout from mental health disasters.

There have been six confirmed suicide attempts in my family.  Four have been successful.

Fortunately, mine wasn’t one of them.

I learned about the importance of talking about suicide in 1992 when I was living in Sydney and my father, back home in Wales, hung himself. My son, Eliot, was four. I explained that my daddy, Grandpa, had died. Waving me off at the airport he said, “Bye, bye Mummy, give my love to Grandpa.”

My father’s psychiatrist asked me if I had children. Thinking this was an odd question under the circumstances I asked, “Why?”

He explained it was very important I didn’t keep his death a secret and explain to Eliot how my father died. I was shocked. Did he expect me to just sit him down and say his Grandpa hung himself?

“Just answer his questions.” He replied. 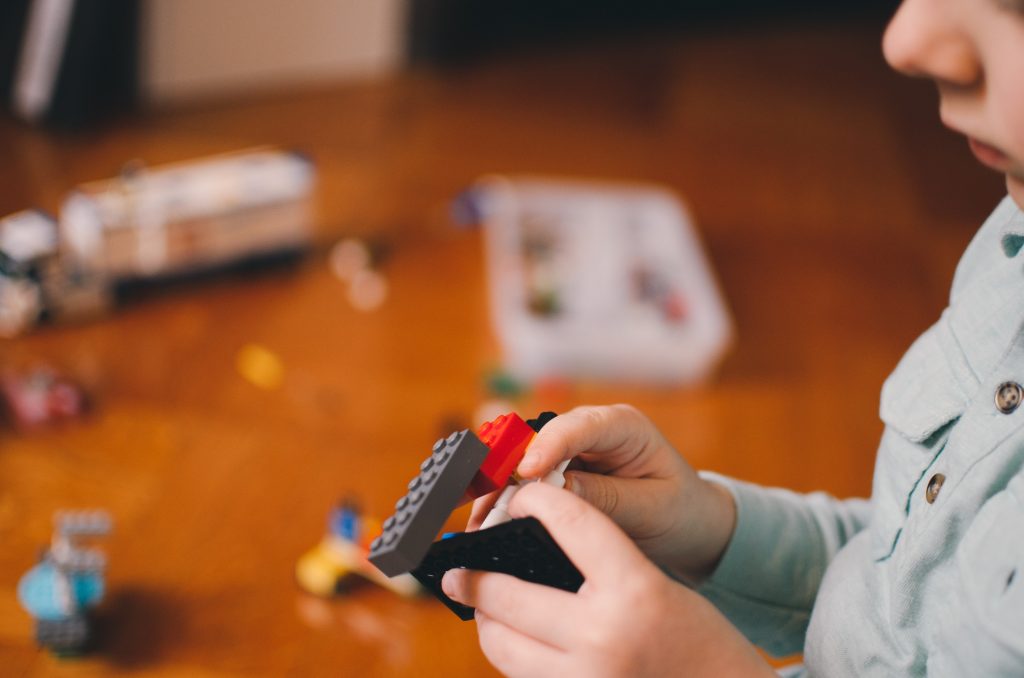 Back home, still reeling from the horror of it all, Eliot and I are playing with his Lego. Suddenly he stops. “Mummy, how did your daddy die?”

Like an actor ‘drying’ on stage, everything went into slow motion, as I searched for the right words if indeed there were any for this occasion. Wishing the question would vaporise I tried to focus on the Lego but he persisted. “How did your Daddy die?”

Taking a deep breath I opened my mouth and blurted out, “Well. Some people feel so sad that they decide to die. They kill themselves.”

“Oh,” he said and carried on playing. A bit like a dreaded visit to the dentist, that wasn’t so bad after all.

Having inherited the family landscape of precarious mental uncertainty, I have focused my skills as a performer, writer, and director on devising ways of depicting what it’s like to be mentally unwell, from the inside perspective.

That is why I am passionate about breaking the stigma that still surrounds mental illness. An illness that is shunned, shamed and misunderstood.

I have always kept a diary and continued to do so all the way through my five-year journey through the depths of despairing depression and the destructive roller coaster of manic highs.

I hope, that by revealing my true-life struggle to appear normal when the world inside me is falling apart, will help people to understand this invisible illness and for those who have experienced it, there is recognition.

The creative challenge is how to make visible the inner disintegration of the mind, as mentally cracking up, inexpressible interior sensations, hidden from the outside eye, ambush us into a world far from ‘normal’, whilst engaging with the audience.

In 2016, I was asked to devise a site-specific, multi-media production, Moment(o)s of Leaving, to mark the closure of Whitchurch Mental Hospital. 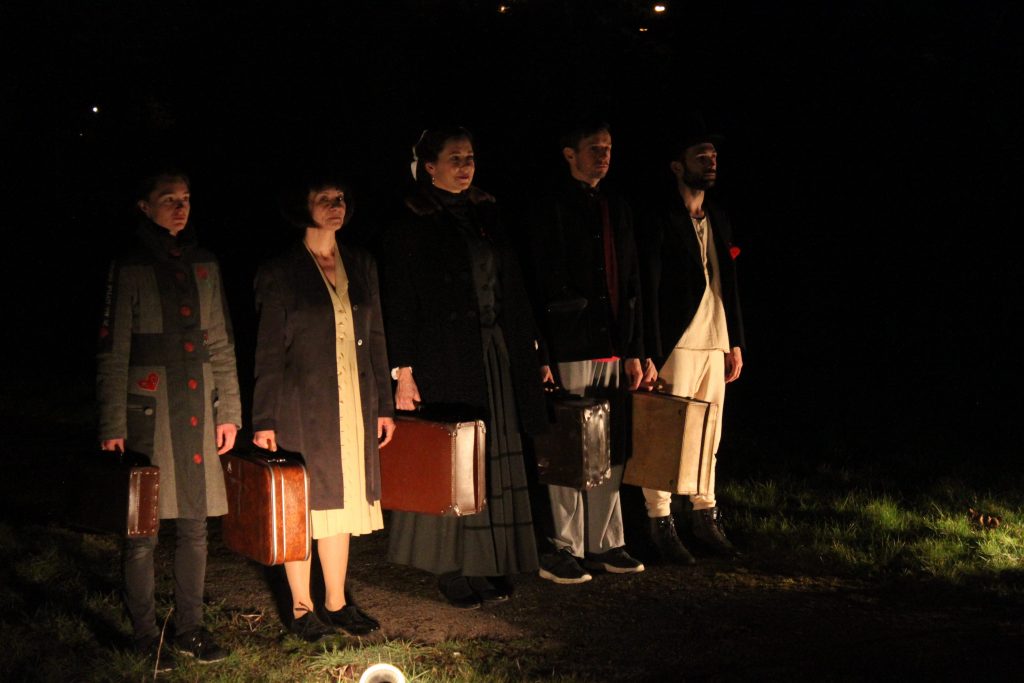 Funded by Arts Council Wales (ACW) and Cardiff and Vale Health Charity, I collaborated with dancers, filmmakers, soundscape artists, and designers, to develop various forms to open up challenging, almost brutal subjects, in a way that audiences could digest.

I weaved into this my personal stories together with that of my parents who were at one time patients in the hospital. The feedback was incredible and inspired me to find a form of theatre that might be a suitable vessel for serving up this tricky subject.

Cabaret seemed to lend itself to the unexpected revelation of murky undercurrents, through the use of satire, gallows humour, music, and scintillating characters.

Funded by ACW, I worked with performers Gareth Clark and Marega Palser, and an extraordinary creative team to devise Moment(o)s a Cabaret (Chapter June 2017), which exposed the hidden, challenged the status quo and reveled in celebrating the socially unacceptable in a subversive romp through the vicissitudes of mental breakdown. The entire content was based on my diaries, the experiences of my friends and my suicide notes.

The Cabaret genre worked in producing an accessible, entertaining, funny and challenging piece of theatre that enabled people to openly discuss taboo subjects such as suicide. 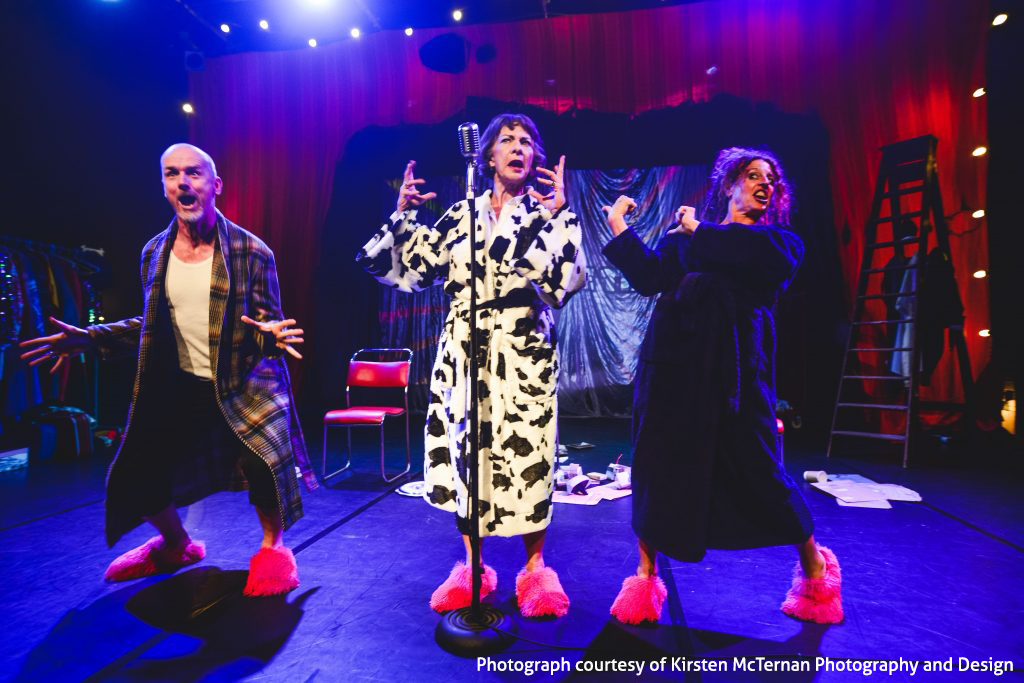 A fact of life

Thinking back again to the months following my father’s death I recall another conversation. Eliot and I were with friends on the beach, the kids beavering away at sandcastle construction.  A friend of mine had invited a woman to join us for the day whose father had also recently died.

Suddenly, Eliot looked up from his digging and said to her, “How did your daddy die?”

She looked somewhat surprised that a little boy should ask such a question.

“Of a heart attack,” she replied.

“Oh, my mummy’s daddy hung himself,” my son informed her and went back to join the other little industrious diggers.

The woman was stunned.  I was just learning that suicide is a conversation stopper.  People are shocked, horrified and deeply disturbed. My son had learned that it was a fact of life.

Ever since then, he has regarded mental illness as just that.  An illness.

When I followed in my father’s footsteps Eliot wrote this:

“…people fear it.  I saw that happening. I saw it as any other sickness. Depression is a ‘looked down upon’ thing. If you are one of those people who look down upon it, just mind your own business and look elsewhere because if you haven’t experienced, it who are you to judge? It could happen to you and if it did all you would want is help too.”

If you are feeling suicidal it is important to talk to somebody.

Both organisations also offer help and advice to those worried about a friend or family member.

Elaine Paton is a conceptual theatre director, performer, and writer, based in Cardiff