Researchers and clinicians at Cardiff University and within NHS Wales have completed a randomised controlled trial of the new therapy, known as 3MDR (multi-modular motion-assisted memory desensitisation and reconsolidation), among 42 military veterans. All those who took part in the study had not recovered with conventional forms of treatment. 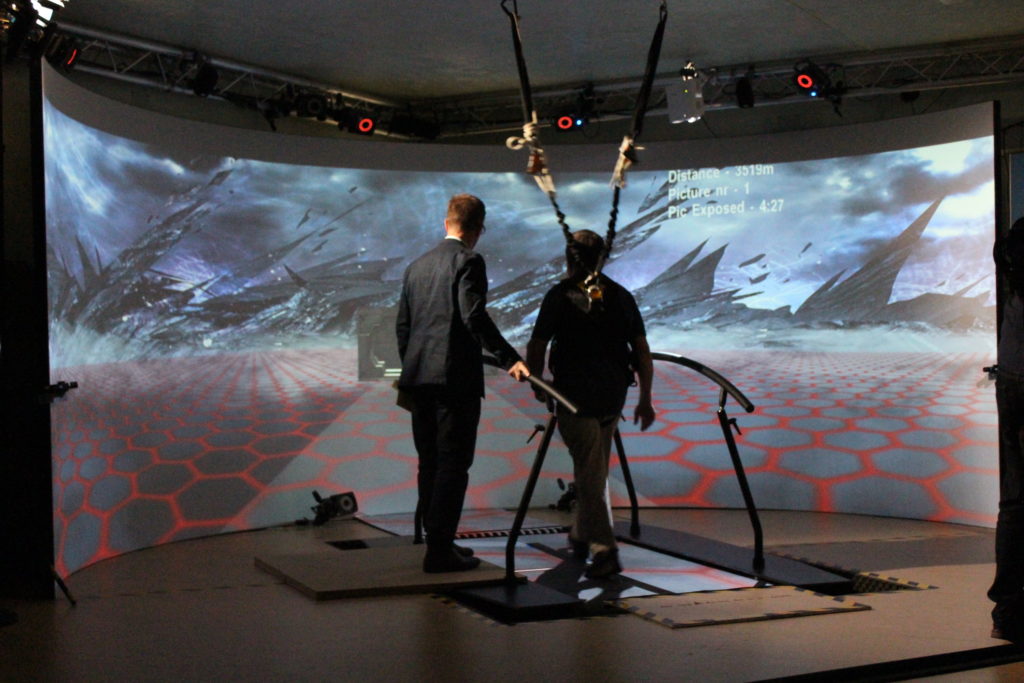 The novel new therapy, pictured above, involves participants walking on a large treadmill while interacting with a series of images they have chosen to represent their traumatic experiences, which are displayed on a large screen.

Each session is guided by a therapist and aims to eliminate cognitive avoidance – a coping strategy that can contribute to the worsening of PTSD symptoms.

During the study, veterans who received this treatment reported a 19% greater reduction in PTSD symptoms after 12 weeks, compared to veterans who had not yet been exposed to 3MDR.

PTSD is a common and debilitating condition that is estimated to affect around 6% of British military veterans. Symptoms include being constantly on edge and vividly re-experiencing a traumatic event and often result in social isolation.

Dr Neil Kitchiner, Director of Veterans’ NHS Wales (VNHSW), based at Cardiff and Vale University Health Board and lead research therapist for the study explained:

“To be able to offer our past patients who haven’t responded to current treatments the opportunity to try 3MDR and possibly reduce their traumatic stress symptoms has been very exciting. Six of our therapists have risen to the challenge to become trained in 3MDR and provided weekly therapy to the 42 participants during the trial.”

3MDR is based on a combination of virtual reality exposure as well as eye movement desensitisation and reprocessing, which is an established psychological treatment for PTSD.

They completed a baseline assessment and were then randomised to receive 3MDR immediately or after a delay of 14 weeks, with follow-up assessments occurring at 12 and 26 weeks.

The group that received immediate treatment showed significantly improved PTSD symptoms than the delayed treatment group at the 12-week follow up. 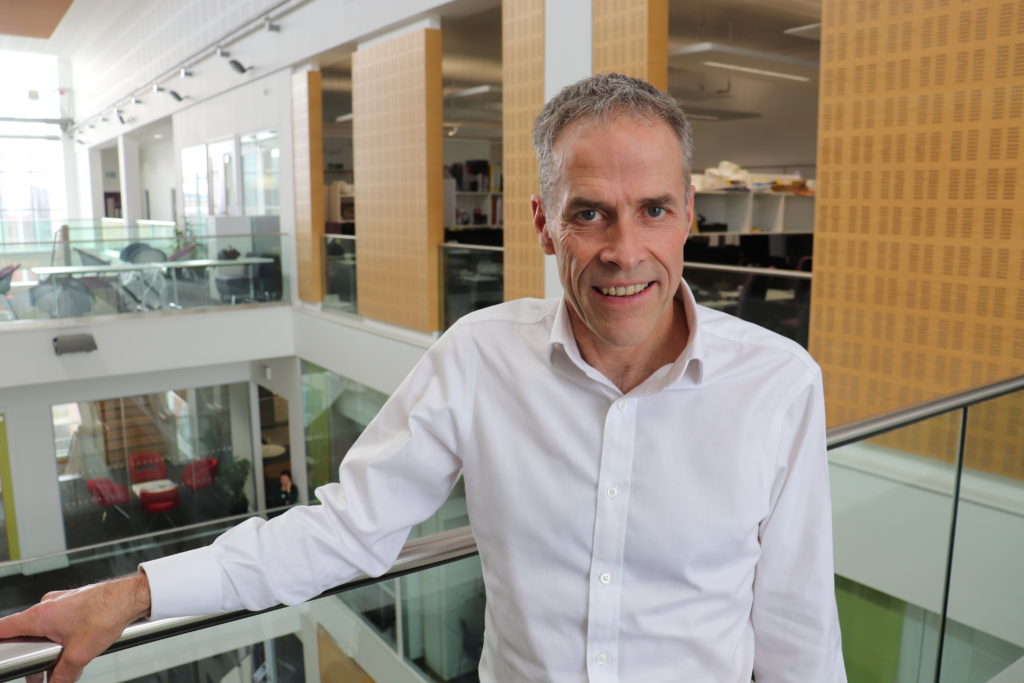 Professor Jon Bisson, pictured above, who led the study at Cardiff University’s Division of Psychological Medicine and Clinical Neurosciences, said: “Military veterans are at heightened risk of developing PTSD and, unfortunately, are often not significantly helped by existing treatments. The positive results of our study mean that 3MDR has emerging evidence as an effective intervention to help military veterans with treatment-resistant PTSD.

“However, it is important to note that not all participants responded well to 3MDR and further research is now needed to determine who this therapy is likely to help most and whether it is also effective for people with PTSD unrelated to military service.”

I look forward to sharing our findings and hope we can build on this study to broaden the therapies available to all individuals with PTSD.

The results of the trial, which has been funded by the Forces in Mind Trust (FiMT) and supported by Health and Care Research Wales, were presented to the participants, their families and other stakeholders on Tuesday 1 October at an event in Cardiff.

Paul is the communications manager at NCMH and Senior Communications Officer at Cardiff University's MRC Centre.